Rita Hayworth and the Shawshank Redemption

Andy Dufresne was a successful banker when he was wrongfully sentenced to 2 life terms in Shawshank prison for killing his wife and her lover.
While carrying out his sentence, Andy is raped and abused, but he does make friends there eventually, one of them being a man named Red. Years pass by and
Andy prepares his escape plan to wiggle his way out of jail through a hole he has been digging out through his cell wall which will take 20 years to complete and a
Rita Hayworth poster to start to cover it up. Once he escaped, Andy became a free man with a new identity and a ton of money saved up for him to begin
his fresh life in the outside world.

Shawshank prison in Maine, Andy arrives in 1948 and escapes in 1975

Andy Dufresne - 30 years old when entered, short, neat little man with sandy hair and small hands with well kept nails and very self-possessed
Red - 20 years old when he entered, he was the guy that had some rank in Shawshank because he could get someone almost anything

Andy is innocent, but wrongfully sent to prison and gets abused and misses his chance to find the actual criminal who he is doing time for

The climax is when Andy went up to see Norton about what Tommy had told him, that someone else
was guilty for the crime Andy went to jail for. Then, Norton rejected his pleas for help in
investigation and Norton sent him into solitary.

Andy returns from solitary and and later escapes

Andy is believed to have started a new life and when Red gets out of Shawshank he goes to rejoin his friend.

With persistence and hope, a man can redeem himself

To remind others to cherish their freedom

Rita Hayworth and the Shawshank Redemption is considered a novella because it is longer than a short story,
but shorter than a novel. A novella usually contains 7,500 to 40,000 words, and this story has approximately 38,000 words,
making it a rather long novella. 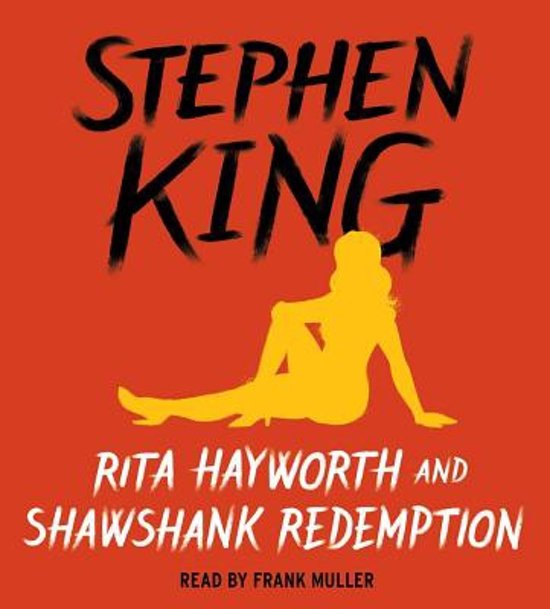 Stephen King is an American author of supernatural fiction, suspense, science fiction, fantasy, and most importantly horror.
King has been deemed the King of Horror for all his famous horror writings, some being It, The Shining, Misery, The Mist, The Green Mile,
The Stand, and Carrie. His books have sold more than 350 million copies, and a lot of them have been adapted into feature films, mini series,
television series, and comic books. He has written around 200 short stories, most of which have been collected in book collections.